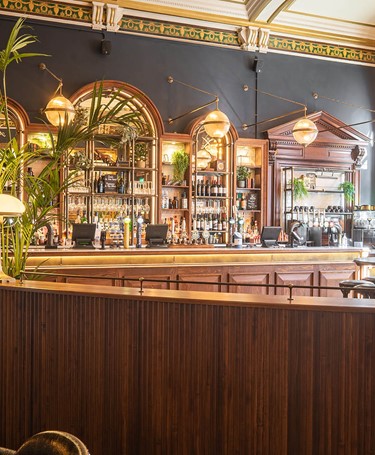 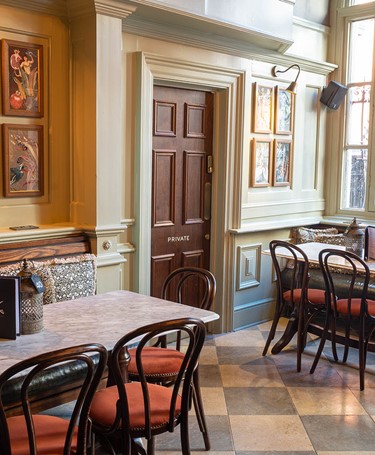 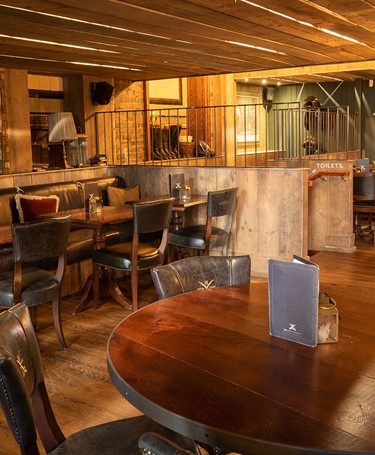 The Horse and Guardsman is a smart, wood-panelled traditional London pub in the West End, Westminster, previously the premises of bankers Messrs Cocks Biddulph & co.

Staying true to the historic equestrian roots surrounding its location, plenty of horse and stable-inspired items have been carefully featured as statement pieces which are flattering and timelessly classic.

Probably one of the biggest pictures to ever hang on a pub wall is the eye-catching gilt framed painting depicting the royal cavalry charging forward in a “death or glory” scene. Other incredible decorations include sabre swords, H&G logos embossed onto furniture, atmospheric lighting coming through the ceiling joists, faux climbing plants and even saddles for guests to use for seating.

The new, raised, and private mezzanine floor has a Tack Room theme. It’s a great space for larger functions, and has added an extra 145 covers to the venue. 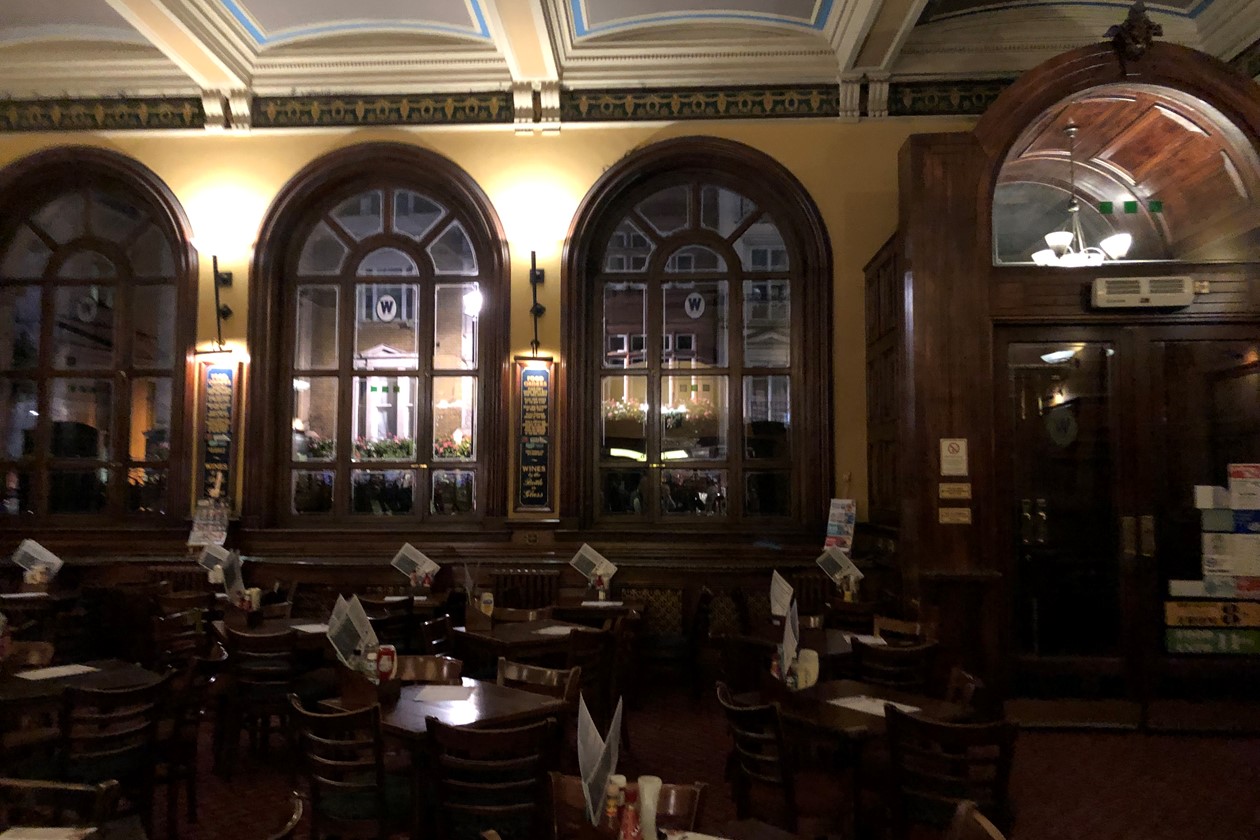 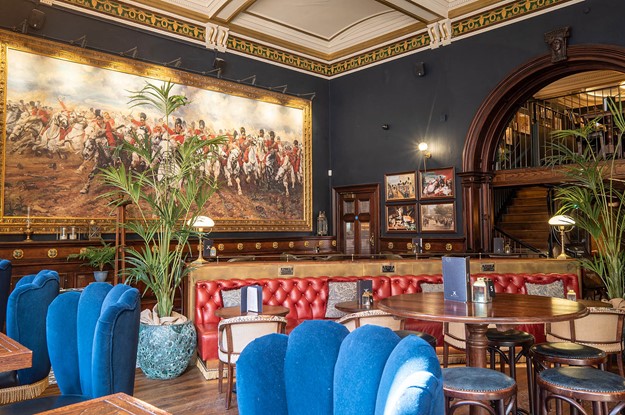 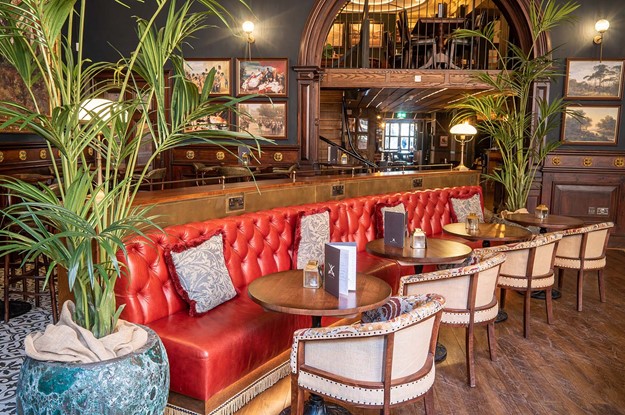 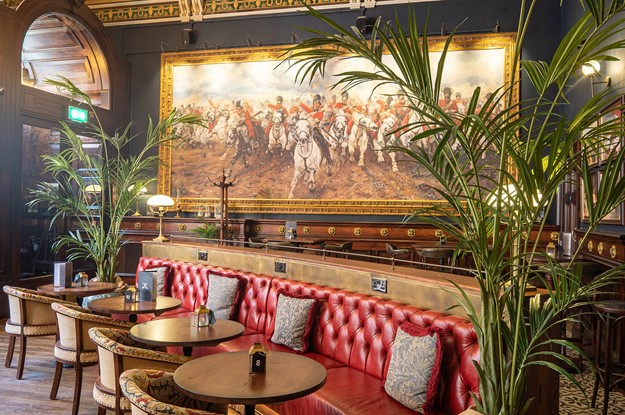 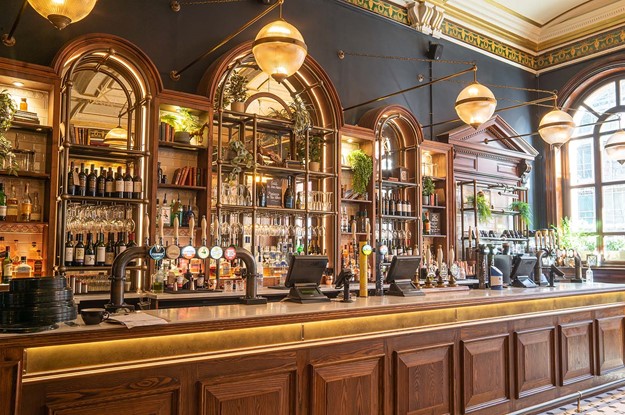 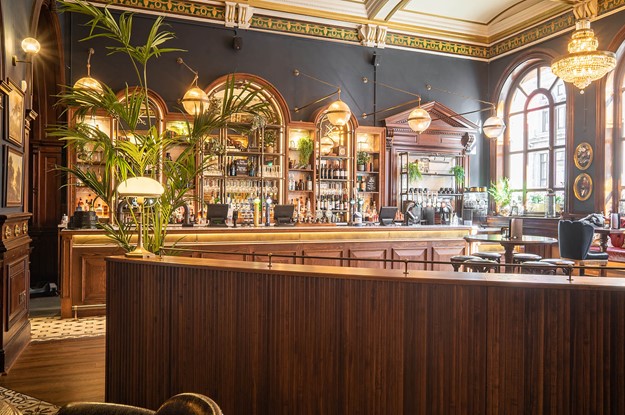 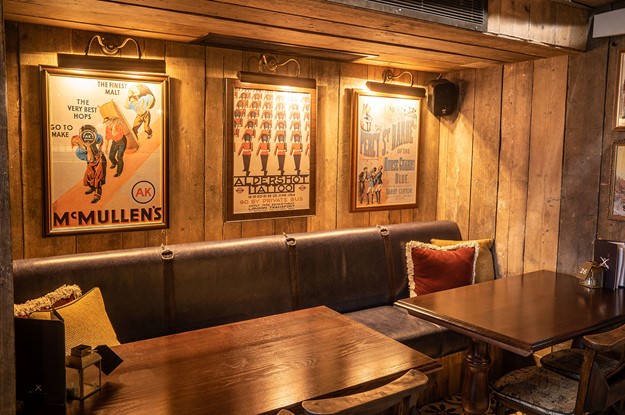 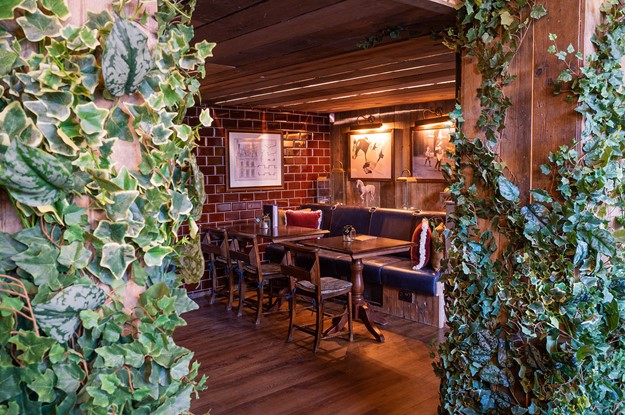 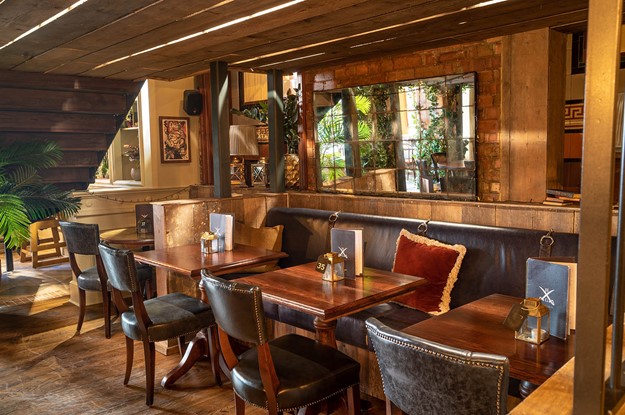 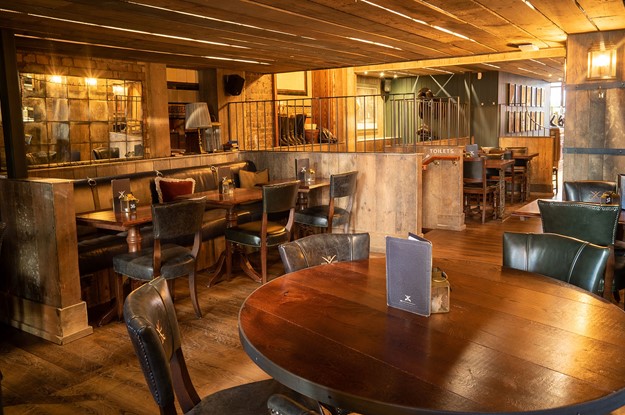 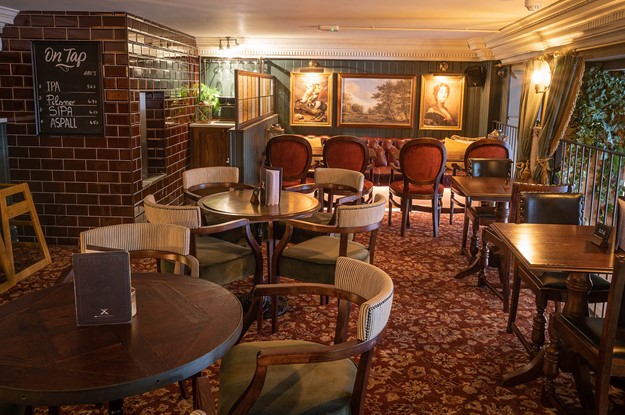 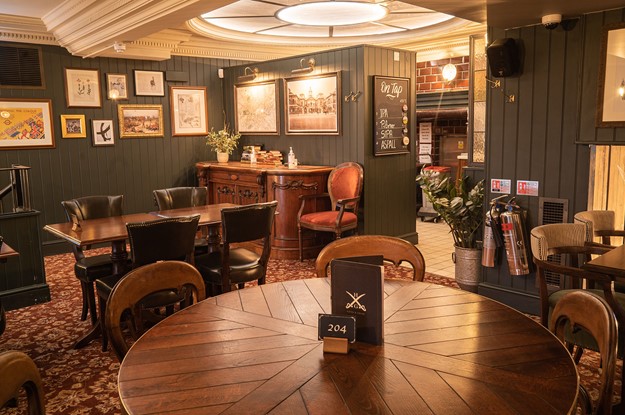 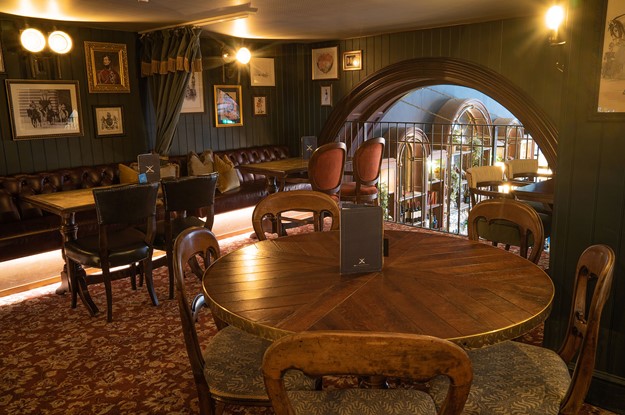 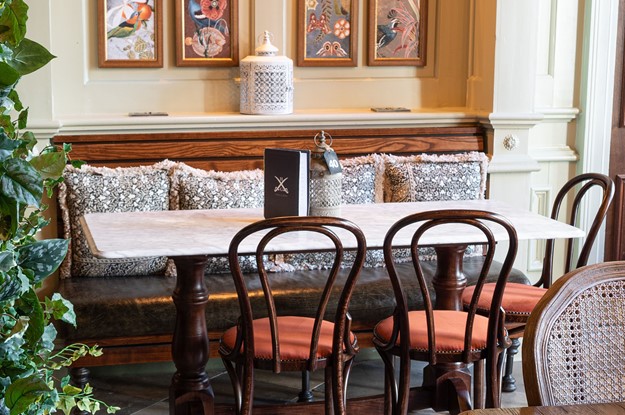 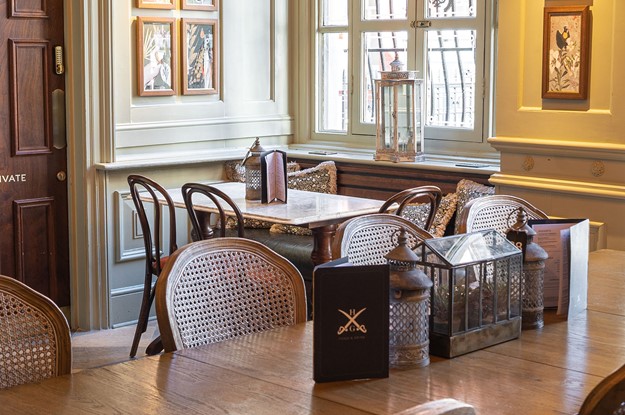 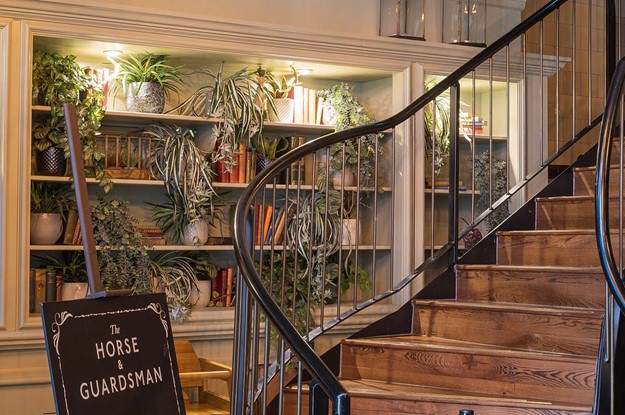 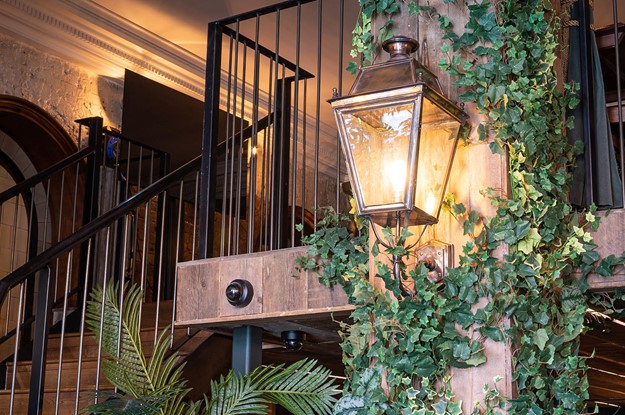 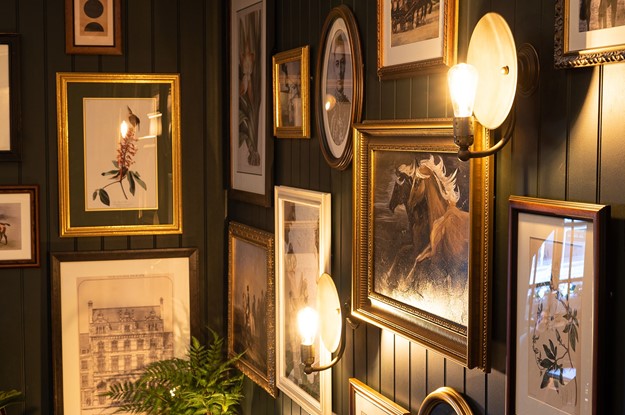 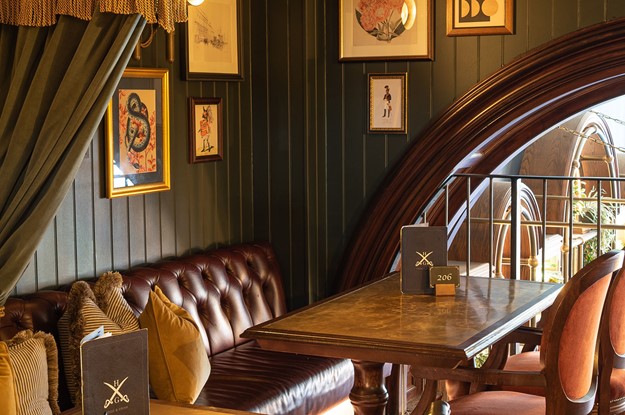 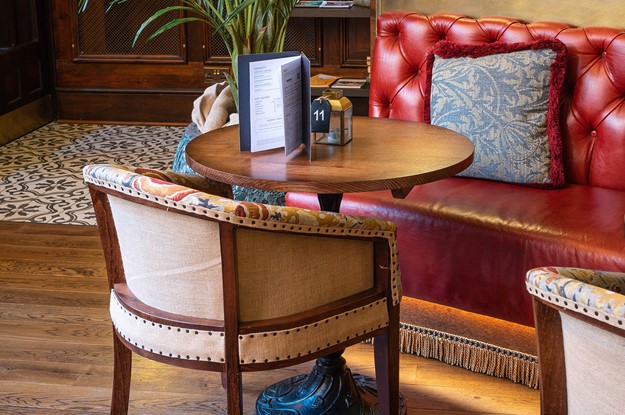 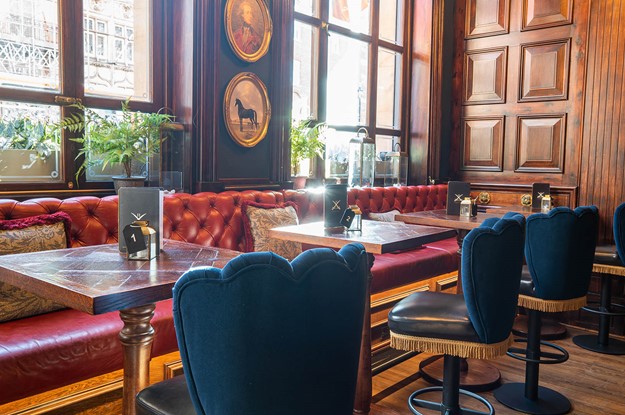 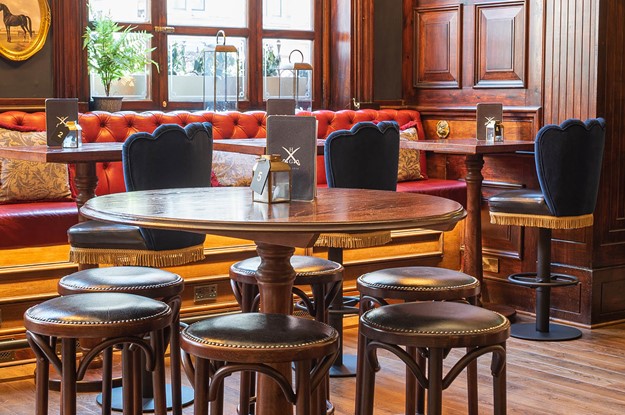 This project is award winning! 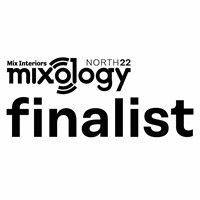 We are thrilled to be finalists in the Project of the Year - Bar & Leisure Interiors category at the Mix Interiors Mixology Awards! This shortlist was for our work on The Horse & Guardsman in London.

The award is judged on premium levels of design and quality, where it can be demonstrated that architecture and design contribute towards the delivery of first-class spaces.

The Horse & Guardsman has been an immensely popular pub since opening and we are very proud to have been chosen by McMullen & Sons Ltd to deliver the project. We know it will be a mainstay of Whitehall for many years to come.

Since Covid restrictions have eased the pub has gone from strength to strength and we envisage many years of growth out of the business. The pub has been designed in a way which means it will never be dated and will always be known as an iconic London pub.  We have received a lot of great feedback both internally from our family owners and external from our guests.

I have been thoroughly impressed by Guy, Emma, Stella and the team at Concorde BGW and would highly recommend them. To that end we have commandeered their services for two-multimillion-pound projects in 2022 /2023!

We think you would also be interested in seeing 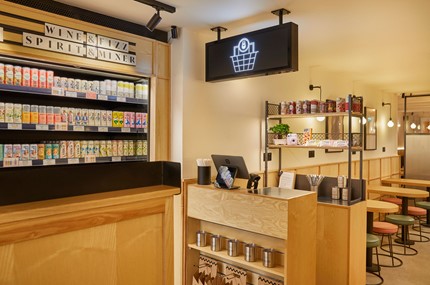 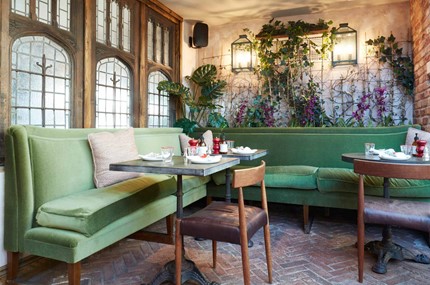